People at the HPA

HPA and TUHH: A strong team

Theory meets practical experience. For years now, HPA cooperated with the Technical University Hamburg (TUHH). The temporary lecturer is Frank Feindt, Head of Port Static Testing Station and Specialized Services. Together with a team of employees of the Hamburg Port Authority he passes on his knowledge on port planning and construction for students of the master's degree in construction engineering. What this cooperation looks like and how port development and students profit from it, explains our interview with Frank Feindt.

Graduate engineer Frank Feindt started working at Philipp Holzmann AG following his studies in 1999. Three years later, he changed position and joined the technical office of the construction company Hochtief, where he was deeply involved from the very beginning. After numerous assignments abroad, he decided to take up a role at the HPA in 2005. Following his initial activities in the statics department, he then took on the role of department manager. He has also been in charge of the static testing station and the foundation engineering department since 2013 now. He is also an associate lecturer and professor at the Technical University of Hamburg. 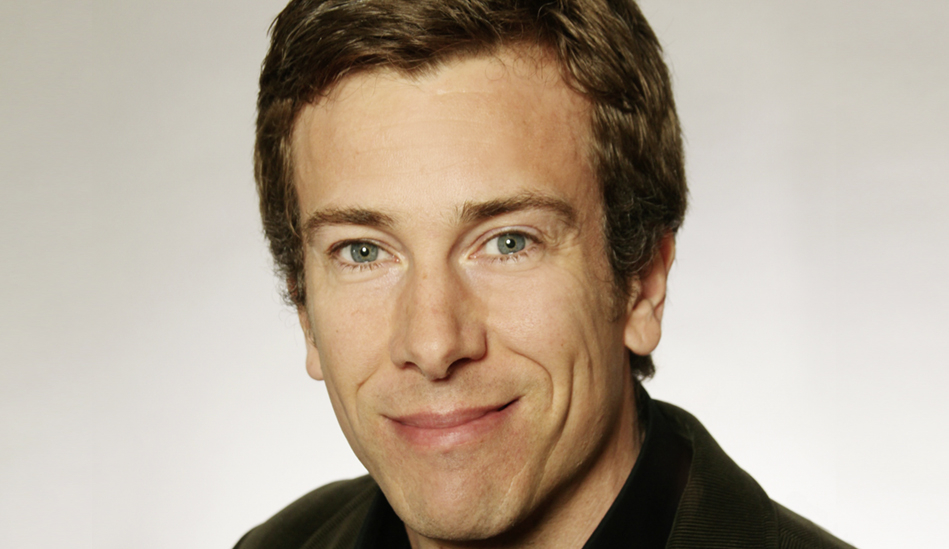 MR FEINDT, WHAT MAKES THE HPA SO APPEALING TO PROSPECTIVE CIVIL ENGINEERS / STUDENTS?

"When working in a construction company or in an engineering office, interesting and diverse projects are geographically far apart from each other or possibly even spread across the globe. It is different at the HPA. Everything that arouses the interests of civil engineers can be found here, right on the doorstep. I can hardly think of any comparable other institution or company. We have an extremely diverse range of projects here in a relatively limited port site, covering a small area: These include high-rise structures, large infrastructure projects such as bridges, through to quay walls and much more. The HPA carries out construction projects whereby engineers with different specialist backgrounds are in demand. This feature makes the HPA very attractive as an employer in my opinion."

Which were your highlights during your career at HPA?

"Basically, it's the multitude of projects. Each and every one of them is interesting and challenging in der own way. Just to name one: The big quay wall projects, my special field, in which definitely my focus of activity lies. We work against increasing loadings as well as the protection against noise during a construction phase. After all we work in an area close to housing development which comes with various demands an engineer has to cope with. It's exciting to face those challenges and to adapt the constructions to the demands and newest developments.

Another highlight is always the cooperation within the team. It has and will always be very important to me to make sure the employees all feel comfortable."

What does the cooperation between TUHH and HPA look like?

"We are always trying to make an effort in scientific research and development. For example, it's very important to us that we know the bearing behavior of complex buildings. That's why we start or support research projects on which we decisively collaborate on. Therefore, a collaboration with the TU Hamburg is just natural since buildings in and close to water is are what the university focuses on. In addition, we are represented in various committees. It is always important to help develop the accepted principles of technology.

If there is the requirement to carry out experiments and measurements, we, the HPA, make them possible. For example, we open up our building sites and help with the conduction of the measurement concepts."

Why don't you give us an example of current projects in cooperation of HPA and TUHH.

"There are multiple things we are currently working on. Interesting for everybody is probably a difficulty that prevails in all ports: The ships get bigger and bigger, especially the container ships. Our quay walls therefore have to be equipped for the future. Referring to mega-container vessel, there's the challenge to guarantee safe moorings at the quay walls. This works with bollards on top of the walls. Recently we carried out test loads concerning the load-bearing capacity of various bollard construction. As of right now, we're working on the evaluation. We are planning to give more precise details on the load-bearing capacity in autumn.

Another research project of big importance is the new construction of quay walls placed in front of existing buildings. In that connection, we are examining which method is applicable to minimize shaking and settlements on existing buildings. Therefore, we also use metrological supervision on building sites."

IS THE COOPERATION A GOOD WAY OF RECRUITING EMPLOYEES?

"We are always trying to get students enthusiastic about the HPA against this backdrop. For example, we have held a lectureship at the TU Hamburg for almost 20 years now, whereby we teach students subjects covering port planning and port construction. The lectureship is my responsibility, but we also invite a total of 12 speakers to contribute to lectures by reporting on different areas of the HPA. It's not just about how to build a quay wall. It's also about the strategy at the Port of Hamburg, which environmental aspects have to be taken into account or how sustainability is considered. The lectures are very well received and we are really thrilled about this. I am often approached by students and asked whether they can work as a student worker at the HPA. It is therefore prospective specialists that find their way to us so that they can engage in an employment relationship after completing their studies. In addition to the TU Hamburg, I also lecture at the HafenCity University or the TU Braunschweig, promoting the HPA as an interesting employer."

How does HPA introduce itself in the research of TUHH?

"Universities usually have the theoretical input for their research projects at their own disposal. The necessary field trials in the sector of structural engineering are pretty time-consuming. There are no building sites at the universities on which they could realize their practical research. That's where HPA steps in. We try to make field trials for various research projects on our building sites possible. Especially for the young engineers who are frequently involved in projects, it's important to translate their theoretical knowledge into practice. The measurements can furthermore validate approaches of the research. The results contribute to a better understanding of the bearing behavior of certain constructions. Later on, this helps to optimize the determination, planning and execution of buildings."

IMAG­INE THIS: A FRIEND FROM ABROAD WHO HAS NEVER BEEN TO HAM­BURG COMES TO VSIT. WHAT WOULD YOU SHOW HIM?

"I think it's impressive how well organized and equipped the Nautical control center of HPA is. A visit and a guided tour would surely be something special for somebody who's visiting Hamburg for the first time."

Thank you for the interview.