The landmark underneath the city

The St. Pauli Elbtunnel is a protected historic monument and, on top of that, a beautiful, frequently used shortcut from the Landungsbrücken in the harbour to Steinwerder. To preserve this more than 100-year-old Hamburg landmark for as long as possible, it was necessary to completely refurbish both tunnel tubes. Due the age and complexity of the tunnel structure, this endeavour was a true structural engineering challenge for HPA.

For many residents of Hamburg, the St. Pauli Elbtunnel (also known as the Old Elbtunnel) is much more than just an everyday transport route. The structure is a popular landmark and tourist attraction. It serves as a backdrop for photo shootings and filming and is a popular location for exhibits or events. We are well aware of the St. Pauli Elbtunnel’s significance to the city and its people – which is why we carefully planned and supervised the professional and accurate refurbishment of the tunnel down to each detail. And we are delighted that these efforts have been extremely valued by the people of Hamburg. 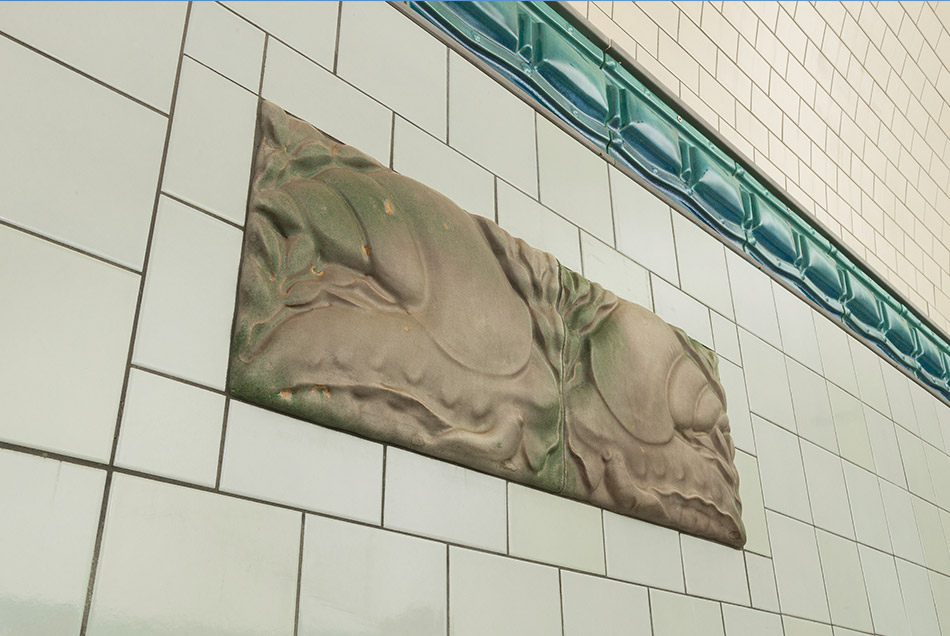 A STRUCTURE WITH A HISTORY

With the growth of the port on the south side of the Elbe River from the 1870s came an increase in the number of shipyard and industry workers who had to cross the Elbe twice a day. The small harbour ferries were soon no longer able to cope with the masses of people. What’s more, the ferry traffic was heavily dependent on the weather conditions. The call for a reliable connection from Steinwerder to the harbour continuously became louder. Due to limited space, a tunnel with vertical access points was the only reasonable solution. But it wasn’t until March 1907 that the senate approved the necessary financial means for this costly big-scale project.

The groundbreaking followed in July 1907, under the direction of Otto von Stockhausen. The tunnel’s construction cost a total of 10.7 million German Goldmarks and involved 4,400 workers. Initially, the 426.5-metre-long tunnel was built bit by bit, outfitted with iron segments and secured additionally with concrete to keep it from rising. Afterwards, the lifts and electrical lines were installed, before the tunnel walls were then tiled and decorated with ornamental elements. The celebratory grand opening took place on 7 September 1911. In 2003, the tunnel was listed as a historical monument, and in 2011 distinguished as a “historical landmark of German architectural engineering” for its 100th anniversary. 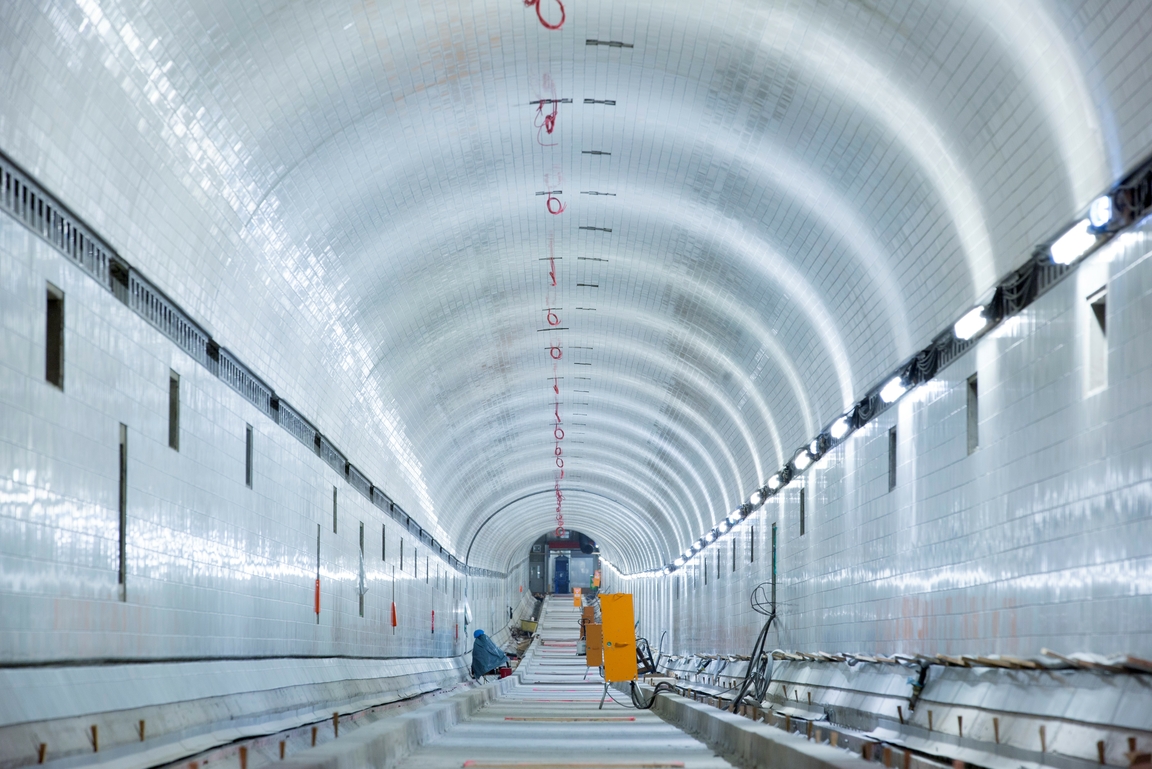 The road to bringing the St. Pauli Elbtunnel back to its original splendour was long, but a true matter of the heart. First, HPA had the east tunnel tube refurbished bit by bit. The entire tunnel was gutted, and the steel shell completely sealed. In order to perform this work, the 1,700 ring-shaped steel beams in the construction’s segments had to be exposed, their stability and sealing examined, nearly all of the approximately 200,000 rivet and bolt fasteners replaced and the roughly 37 km of joint sealing renewed. One of the biggest challenges faced during this work was removing the hazardous materials used in the past, which required some of the construction work to be performed under strict protective measures.

Following the refurbishment of the upper tunnel area, the installation of the pavement segments and tiles, the plaster work and the laying of the road surface took place. Then the focus was on equipping the tunnel with cutting-edge technology – from smoke detectors to loudspeakers to an automatic counting system. In the end, in close cooperation with the landmark preservation authorities, the wall tiles and the lighting were restored to their original historic radiance.

THE FIRST SUCCESS IS FOLLOWED BY THE START OF A SECOND

The end of the work on the east tunnel tube was the first essential milestone in the refurbishment of the St. Pauli Elbtunnel. Within the scope of a celebratory grand re-opening, Hamburg’s First Mayor, Dr Peter Tschentscher, and Jens Meier, CEO of Hamburg Port Authority, opened the east tunnel to the public on 26 April 2019. Just a few months later, on 3 June 2019, the same refurbishment work began on the west tunnel. It is scheduled to be completed over the next five years and is being supported with up to 21.3 million euros following a resolution from the Lower House of the German Parliament.

Without a doubt, all the effort is worthwhile. Even after 100 years, the St. Pauli Elbtunnel is not only one of the most popular sites for tourists, it also remains an important connection in the Port of Hamburg. Every year, around one million pedestrians, 300,000 cyclists and 40,000 cars cross through it. As the east tunnel continues to be closed to vehicles, only allowing pedestrians and cyclists through, drivers will have to continue to be patient for a while.

What to do in case of a storm surge

If your home or your company is located in the risk area, you should be well acquainted with the dangers, concerning warning channels and escape routes. Here you can find all information.

A total of 133 bridges link the Elbe islands. We are responsible for their conversion and new construction. In order to have a free journey, you will find all opening and operating times as well as contact details for the registration.

Whether it's on the water or the street, on the rail or the bridge: we inform you about the traffic in the Port of Hamburg.